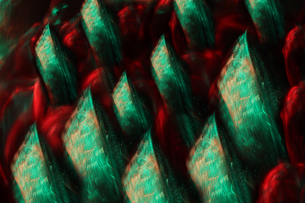 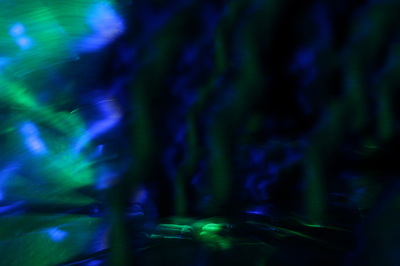 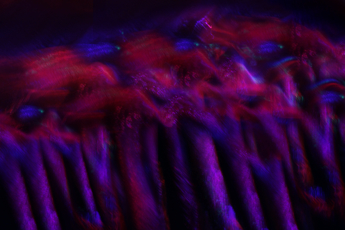 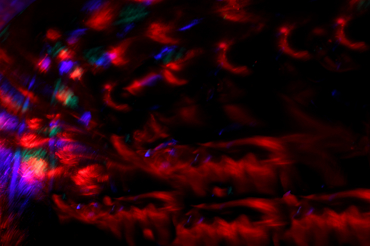 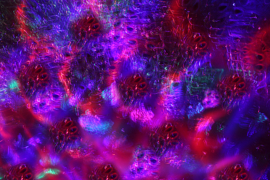 The play of light on the saris
Saris are illuminated with lights in the dark. During the shots, the lights are moved without synchronicity. Thus, images are created, with different construction, color and color intensity and shine. Different drawings, patterns in the color gradients can be discovered. It is possible to discover a spatial depth in some places when looking closely, which is created by the movement of the lighting. The saris all have a different structure, material and processing. 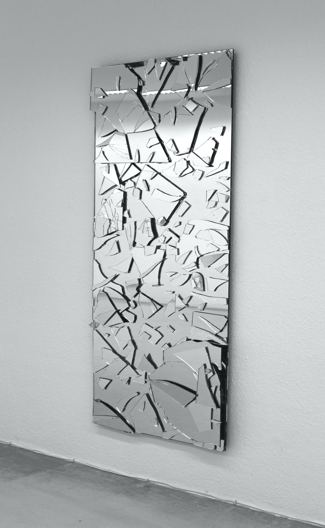 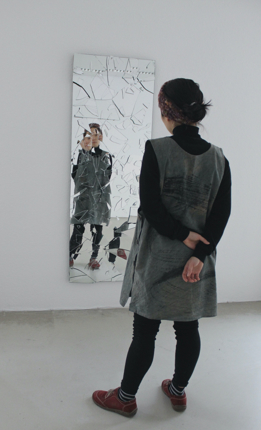 In the exhibition "Optimize your life. Be the best version of yourself", works by students from Prof. Susanne Windelen's class were shown that dealt with the idea of optimization in our society. In this work, several mirrors were smashed so that the viewer can no longer see himself in his entirety.
The broken and layered mirror shards dissect the perfect human form into a multi-part distorted image. Mirrored into the third dimension, it vividly illustrates the different levels of the reflective self. 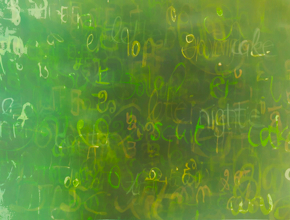 Change and loss in the spoken language, 2021, painting, drawing

In my daily life, I collected words that I noticed while speaking. They are words that are not from the Tamil language. Instead, people use the English translation for some words. From this, you can see the British influence (through the colonial period) on the language.
Because during the British colonial period, the English language left traces in the spoken language.
Today, most of the new words come from English.
Also, I noticed with some words that they have not only a British influence. Through contact with Islam, Tamil adopted some words from Arabic and Persian. Portuguese and Dutch also left influences in Tamil during the colonial period, although to a much lesser extent than English.
There is a Tamil translation for the words mentioned. Only the words that I noticed while speaking were listed here.
Due to the more frequent use of English words, there is a loss of Tamil words in everyday speech. Nevertheless, language is always something alive and changing. We will always lose words and gain others.
Words mix and interpenetrate. Today, English is even so influential that many word creations have also formed.

The layout of this website, as well as all graphics and pictures are protected by copyright.